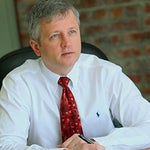 Richard spent 10 years in the U.S. Army, four on active duty with the 82nd Airborne Division and the rest as an Army Reserve as a JAG Officer and takes pride in helping the Military and their families with all sorts of legal issues.

The Zasada Law Firm in Miramar Beach, FL, works hard to be as accommodating to every client as possible. As your family lawyer, I'm able to travel to meet with you if it's more convenient. My flexible schedule also allows me to arrange consultations whenever you're available.

The initial consultation is free, and the cost of my local representation is competitively priced. If necessary, affordable payment plans could minimize any stress you may feel regarding the financial aspect of my services. I'm available to review cases involving:

Richard D. Zasada has been a practicing trial attorney for over 20 years. He has taken hundreds of cases to trial, including:

For the last 15 years, the Zasada Law Firm has concentrated on:

Richard D. Zasada grew up in western New York outside of Buffalo. He is an avid Bills fan and spends as much time with his family back in New York at possible. He enjoys:

Richard is a member of the NRA.

Richard graduated from St. Mary's High School in Lancaster, New York in 1979, got his undergraduate degree from the SUNY College at Buffalo in 1988 and attended the University of Western Michigan/Thomas Cooley Law School in Lansing, Michigan.

Richard D. Zasada graduated from law school in 1993 and has been a member of the Florida Bar since graduation and the Tennessee Bar since 2014.

Upon graduation, he worked as an Assistant State Attorney for the 3rd Judicial Circuit in Lake City, Florida prosecuting felony, misdemeanors and juvenile offenders.

After leaving the Office of the State Attorney, he began working in criminal defense and civil matters representing people across the State of Florida.

Richard spent 10 years in the United States Army, both on active duty at Fort Bragg with the 82nd Airborne Division, 1st/504th Parachute Infantry Regiment and later in the U.S. Army Reserve as an Army JAG.

While with the JAG, he helped active duty and former military members and their families with all types of legal issues ranging from:

Today, Richard represents many military members and puts an emphasis on making sure our veterans and their families get the justice they deserve.

Today, the Zasada Law Firm, PLLC represents clients in and around the panhandle of Florida, including:

Thank you for contacting us. We will get back to you shortly.

Please complete all required fields below.

I offer a free consultation and I’ll gladly discuss your case with you at your convenience. Contact me today to schedule an appointment.